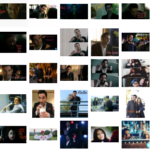 Lucifer has members, it's main lanaguage is English (US).

Let’s talk about Lucifer Morningstar, well that’s a famous comics character that has been covered in an amazing Netflix drama series. Lucifer is depicted as a lord of Hell and a fallen angel. Collectively it has 4 seasons and there is no surprise that it has got a great response from the public but I am not going to unfold or spoil all the thrilling story before you. You can watch it on Netflix to know all the story thrill and suspense. The story has great twists and turns which is the most intriguing trait of any movie or drama series. If you are a fan of Netflix services and you have a good tolerance to sit and watch for long then Lucifer is a highly recommended drama series.