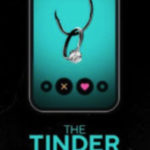 Watch the Tinder Swindler Telegram Download has 100 - 999 members, it's main lanaguage is English (US).

The Tinder swindler 2022 Netflix special - Watch the story about Shimon Hayut aka Simon Leviev and his allegedly scams around the world.

The Tinder swindler is a show about “Simon Leviev” AKA “Shimon Hayut” (Hebrew: שמעון חיות). This documentary became one of the most viewed Netflix originals in Feb 2022.

Netflix has a tendency to release controversial documentaries that become a worldwide phenomenon, as you have probably noticed by now. You may remember the story of Tiger King or the documentary about magic mushrooms everyone couldn’t stop talking about for a while.

Netflix surprised us once again with a crime documentary featuring a young man called Simon Leviev, who allegedly left behind a trail of countless fraud victims. To manipulate his victims, the person allegedly stole and defrauded insane sums of money impersonating a very wealthy family’s son.

So What Is This ‘Tinder Swindler’ All About?

Shimon Hayut is the protagonist of the series, who allegedly impersonated as the son of Lev Avnerovich Leviev, an Israeli billionaire, and well-known businessman. Using this strategy, he allegedly tricked people into trusting him, then manipulated those people into sending him large amounts of money to “save his life”.

Where Can I Watch Tinder Swindler for Free?

You can find the full Tinder Swindler crime documentary to watch for free on the dedicated telegram channel found on this page.

Shimon Hayut is the real name of the so-called hero of the Netflix show Tinder Swindler. Hayut allegedly scammed his way around the world by manipulating numerous people, including single women who fell in love with his fictitious persona “Simon Leviev,” and also business associates, and even a private jet rental company. They eventually realized they were dealing with a multinational scammer.

It is imperative to clarify here and now, according to the Leviev family, Shimon Hayut has no family, friends, or business ties to them or LLD Diamonds.
Also in one of the articles publicized in the Israeli news media (Reshet 13), one of the family members said that they had hired a lawyer and that they were not going to give up easily on the horrific damage Shimon Hayut allegedly did to them when he pretended to be one of their family members and used their name to scam innocent people around the globe. This implies that there will probably be a very serious lawsuit from the side of the Leviev family on its way to Shimon Hayut.

Israeli News Has Actually Caught up With Shimon Hayut

According to our translators, the article mentions how he is being shamed and how the Israeli system is still trying to figure out what to do about him since he is currently marked as an international scammer. From what we can tell the Israeli authorities and the Leviev family are taking this story very seriously.

How Can I Watch Netflix Tinder Swindler for Free on Telegram?

To watch the full documentary for free, you can join a dedicated Telegram channel. You can find the link on this page. Just press the “View on Telegram” button found on this page.

Is it for free?

Yes, just join the dedicated telegram channel found on this page and watch the documentary for free. Enjoy!
Review Overview