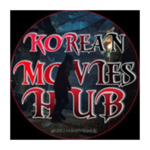 
If you’re a fan of the Korean Cinema, this Telegram channel could be the coolest thing that you’ll discover today. This channel’s primary purpose is to give you access to high-quality Korean content absolutely for free.

South Korean cinema is a growing art movement that started back in 1945, and it is still evolving. There were many significant events in the history of South Korea that had a substantial influence on the Korean movie industry. Historical events such as the Korean war, government censorship, the Japanese occupation of Korea, and the rise of modern capitalism and the private business sector had changed the South Korean nation in many ways. These changes brought the South Korean cinema industry to grow together with its people. In some ways, the cinema is a mirror, reflecting the soal of the Korean people.

What so special about Korean films?

Some people say that Korean movies have a non-patronizing way to tell a story; their stories have deeper meanings and plenty of subtexts that everybody can relate to without downgrading the quality of the movie production.

A great way to discover the Korean culture

If you like learning about Korean culture, the South Korean film industry can help you do that. There are so many great historical films, Korean dramas, comedies, action, and even science fiction that you can learn from. You can discover so much about the rich history, the wars, and the spirit of the Korean people.

On this channel, you will be able to enjoy all that Korean cinema has to offer. Here you can watch films like Parasite, who won 4 Oscars 2020 academy awards, and many other great titles such as 2003’s Oldboy, Poetry (2011), 2003’s Memories of Murder, I Saw the Devil (2010), and many great others.

South Korea’s film industry is also well-known for its great movie directors. On this channel, you will be able to find movies directed by directors such as So Yong Kim, Lee Chang-dong, Im Sang-soo, Im Kwon-taek, Kim Ki-duk, Hong Sang-soo, Park Chan-wook, and many significant others.

Who is this channel good for?

If you love Korean culture and cinema, this channel is precisely for you. You can also share this channel with your friends who enjoyed watching the award-winning Parasite movie and want to get to know more about Korean films.

Telegram is a platform that allows its users to share content and create communities. As we mentioned before, this channel is dedicated to sharing Korean movies for free on Telegram. So yes, all the movies found on this Telegram channel are free to watch, and you can easily download them to your device.

The best Korean movies to watch on Netflix

Whether you’re a fan of thriller, romance, or comedy genres, there’s definitely a great Korean movie for you to watch on Netflix. Here are some of our top picks!

The Wailing is a 2016 thriller about a small village in Korea that’s being terrorized by a mysterious illness. After the death of his daughter, Jong-goo (played by Kwak Do-won) begins to suspect that the woman living in the forest may be responsible for the curse. With stunning visuals and an unpredictable plot, The Wailing is definitely a must-watch for any fan of Korean cinema.

Train to Busan is a 2016 zombie thriller that follows Seok-woo (played by Gong Yoo) and his daughter Su-an (played by Kim Soo-ahn) as they attempt to escape from Seoul during a zombie outbreak. With nonstop action and plenty of suspense, Train to Busan is sure to keep you on the edge of your seat from beginning to end.

We wish this channel could be a bit more organized